Wanted to take a minute to tell you about my friend Bedhead. We put on a show about a month and a half ago and Bedhead opened up the night in her first show ever. If you weren’t there, she absolutely killed it. One of the best first shows I’ve ever seen. Coinciding with the show, Bedhead released her first single, “Bitter.” This week, she released an entirely self-made lyric video for the song that you can watch below.

“Bitter” starts with a soft beat and Bedhead’s gorgeous vocals but before you know it, it crescendos into a full blown pop anthem.

“Bitter is about the people in your life that choose to wallow in their woes instead of making lemonade. It’s about being in a point in your life where you are at a low and deciding to make things better rather than stay in that place.” 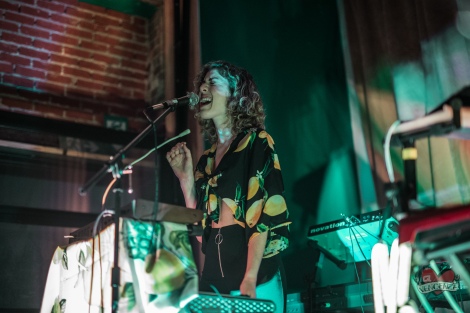 The idea for the video came from that first show. Not only was Bedhead wearing a shirt with lemons on it, her keyboard stand was draped with a table cloth with lemons on it as well and then a bunch of her friends showed up with homemade t-shirts, some with lemons on the sleeves, and actual lemons with things like “I love Bedhead” and “Bitter” written on them. According to Bedhead, the wheels started turning for the video immediately following that.

“Part of why I love making music is because I also have the opportunity to explore my other creative passions (photography, video, art) to support it. I’ve always had a soft spot for stop motion and the idea just fell into place after that. This video is the lovechild of 750 photos, 3 weeks, 10 lemons and 3 limes.”

If this is any indication, Bedhead is just getting started and she’s in for the long haul.

Bedhead performs next on April 25th, at Nightowl (647 College Street, Toronto) opening for Ron The Baptist – don’t miss it!