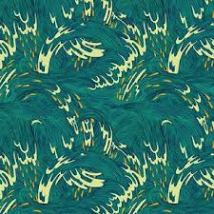 often overlooked holiday last Saturday…I personally had been looking forward to Record Store Day for quite some time. I decided to head down to Beatnicks in Montreal with a very specific mission in mind. Phish had released a new remaster of their album Lawn Boy (trust me on this one folks, this is a big deal to those in the Phish community), but I was unfortunately beaten to the punch by another eager phan. I did manage to walk away with a new copy of Trey Anastasio’s recent solo record, entitled Traveler. Released this past October, Traveler was conceived by Trey and renowned produced Peter Katis. When it was first released I was definitely on board with the massive variety of styles and thick textures, but listening to this thing on vinyl brought a new life to the music that I had never really appreciated before.

I remember listening to a few interviews with Trey prior to the release of Traveler, in which he described his goal of creating massively layered soundscapes throughout the entire to album. Without a doubt, the album proved to be so full of contrasting voices that I still have an immense amount of difficulty counting just how many lines are moving at the same time. Diversity of tone and instrumentation is definitely the record’s greatest strength. Trey is remarkably talented when it comes to creating compositions that are able to seamlessly navigate a range of atmospheres and styles, and it just so happens that Peter Katis is well recognize for a similar ability, which he has shown in his production of Jonsi’s Go, and his extensive work with The National.

Traveler is the kind of album that has something for everybody. Unlike Trey’s work with Phish, the influence of various indie and alternative artists show up on the record. He went as far as to include members of The National and Bon Iver to bring in that indie sound that Trey has been flirting with. Trey has been bold enough to include songs by T.V. On The Radio and Neutral Milk Hotel in Phish sets, so it comes as no surprise that he would seize this opportunity to break into the world of indie rock. Indie rock is not the only genre that winds its way into Trey’s musical journey. From simple pop-rock to hip-hop and Zappa-esque instrumental passages, Traveler combines every one of these polarized genres into a unified whole.

There is an enormous amount of upside to Trey’s solo project, but it’s far from perfect. The lyrics leave something to be desired for the poetically-inclined, but they provide a few interesting images to reflect on while listening. Having spent a solid amount of time familiarizing myself with Trey’s musical character, I’m pretty forgiving of some below average lyrics, but I definitely would focus on the instrumental side of the album.

I have a few favourite tracks on Traveler, but if I had to pick one it would have to be “Valentine”. On the tail end of the record, “Valentine” is uplifting, fun, and covered with flowing strings, brass, and plenty of singing. I’m also a huge fan of the cover of The Gorillaz’ “Clint Eastwood”, which takes the original rhythm, but gives the vocals soul, passion, with a healthy dose of darkness. Another favourite of mine is the Zappa-flavoured “Scabbard”, a primarily instrumental track that takes the listener through a range of eerie and joyful musical scenes.

There is no doubt that Traveler is true to its name. Give the thing a full run through, and hopefully you will get the same feeling of meandering through a world of sonic landscapes with Trey Anastasio as your guide.

On a separate note, I just finished my undergrad! And what better way to do so than with a philthy Phish jam? Check this one out.