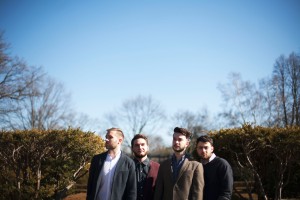 Amidst the release of Arkells’ third album, High Noon, which Marc recently covered, another band named after a street is emerging into the indie scene. That band is Aukland, from Mississauga, who released their first EP, The Orange Above, in May. You might ask whether one band with feel good, anthem indie rock named after a street is enough, but Aukland’s sound has enough of an edge to make them worth checking out, alongside Arkells of course.

That edge largely comes from singer Sean Sroka’s voice, which has a nasally groan to it that gives it a disgruntledness. This groan can be heard in such songs as “Problems,” which also happens to be my favourite of the EP, where Sroka drones out “Ohh I’ve got a problem,” giving the very relatable line a good amount of depth and emotion. Aukland delves into other coming-of-age boy problems in The Orange Above, such as in “Fat Arms,” where Sroka candidly sings “I don’t know what girls are like,” or in “Stumble,” a narrative of a night of debauchery which ends with the line “Where’s my pants?” This isn’t new ground they’re broaching in terms of subject matter, but the lyrics have an earnest quality about them that makes them understandable and relatable. 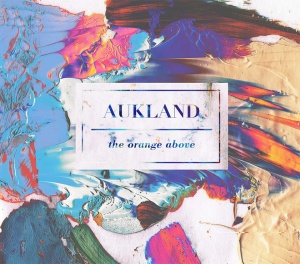 Overall I was very impressed and surprised with the production quality of Aukland’s first EP. The Orange Above has a high level of polish and professionalism, from the clean cut, well defined stadium rock sound to the eye catching album cover. In Aukland’s case, it seems like if they sound big enough eventually they’ll be big enough. After seeing them live on Saturday at Tattoo you can be assured that their energetic sound transfers fantastically live. Be sure to download The Orange Above from their bandcamp website for free, and be prepared for their first full length album “Rookie” to come out in the near future.

As a side note, congrats to Marc for beating Aukland down at a pizza eating contest. Making us proud each and every day wipes tear away.

2 responses to “Places and Sound: A Street (band) named Aukland”