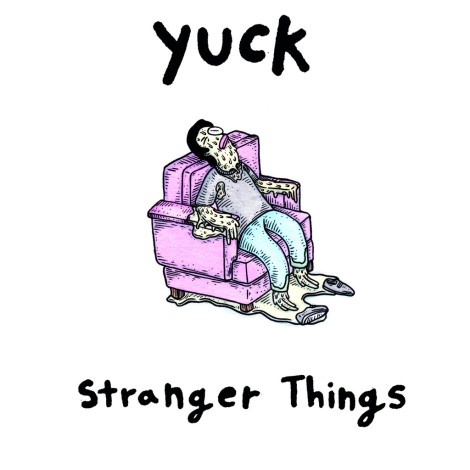 If you are in desperate need of escape from the winter storms and slush on the ground, look no further that the shoegaze jams of UK’s Yuck, who release their third album Stranger Things, today on Mamé Records.  On this album, they have definitely kept the shoegaze feel of their music, but have also brought forward a more upbeat, indie-rock sound.

The album starts off with distorted guitar and vocals, bringing to mind early grunge rock. The song “Hold Me Closer” has each member (Max Bloom on lead vocals and guitar,  Mariko Doi on bass and backing vocals, Ed Hayes on guitar and Jonny Rogoff on drums) showcase their talents on their respective instruments. 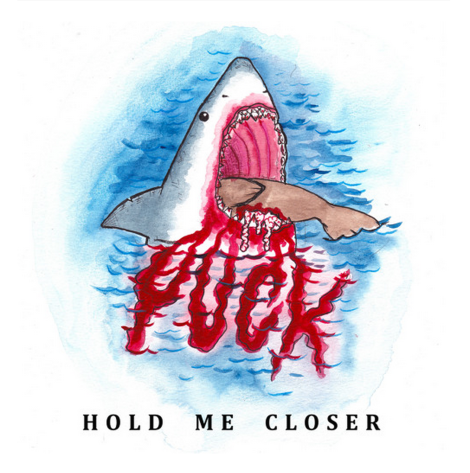 The sound changes over into the post-punk area with “Cannonball”. It is a throwback to Yuck’s sound on their debut album, but with more a cohesive blend of instruments.  The band takes another turn, into a more shoegaze jam called “Like A Moth”. This love song is much slower, with a fun groove by the guitars, synth and bass during the instrumental breaks.

The rowdy rock comes back strong with “Only Silence, which is far from being quiet.  The contrast between the echoing electric guitar riffs and the acoustic rhythm guitar is perfect, giving the song a hi-fi sound, while also bringing in the feel of Yuck jamming together for fun.

After that, the title track comes and brings in the indie rock sound that most people listen to in the summer.  There’s a laid-back feel to the melody and the singing of Max that just calms everyone down and gets everyone ready for the following slow jam, “I’m OK.”

There is heavier use of distortion on this track, and Max’s voice is very strong, singing about fear and denial.  The progression of softer guitar, bass and drums to a silent break is flawless, resulting in a loud explosion of rock returning to the faster sound at the beginning for the end.

It’s taken until past the midway point for Mariko Doi to take charge of the vocals on a song; this album is dominated by her on the track “As I Walk Away”.  the fuzzy sound on her voice and the guitars give the song a great summer jam feel, tying back to past tracks.

The main single, “Hearts in Motion”, brings the band back around to the grunge sound they like to rock out to.  There are also tinges of noise rock, with the cohesive sound by the whole band together in the chorus.

Yuck actually takes a more folk-rock sound with the next song, “Swirling”.  The more subdued drums keep rolling along, moving a track full of blended guitars, bass and singing, none really coming to the forefront. This song solidifies the fact that Yuck is one strong band that work fantastic together.

“Down” lives up to its name, kinda slowing the album down and becoming more relaxed.  The vocals aren’t the front and center, which is a nice change for this jam rock.  The final track is “Yr Face”, a dirty, comedown song, with reverberating guitars and bass.  It sounds like what the band would listen to or perform at the end of a party or show.

Overall, this is a great album by a fantastic band.  Yuck has always been at the forefront of what is popular in noise rock and shoegaze.  Make sure to grab Stranger Things today!