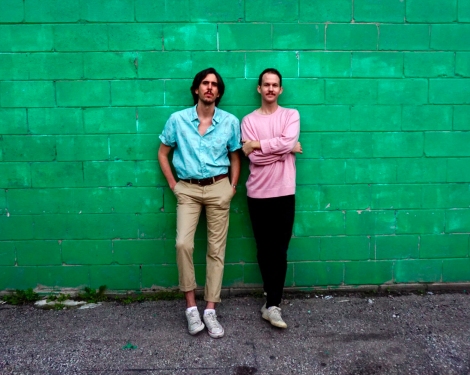 This post is something I’m very excited about, and have been waiting on for a while now. If you haven’t heard of Teen Ravine yet, go read my post about their debut single and the album’s lead off track, “Hall of Horrors” for some background about the band and their new album, when you’re done with that, come back here and we’ll unpack the ambient, chill, synthy, soft rock vibes of their self titled debut album.

The video was directed by John Smith (Young Rival, Allie X) and was shot against a green screen at QED Studios in Hamilton. The band was inspired by

“some older music videos that we love, such as Talking Heads’ ‘Once in Liftetime‘, Paul Simon’s ‘You Can Call Me Al’, and Neneh Cherries’ ‘Buffalo Stance’. There’s a simplicity and easy charm to those videos that we wanted to replicate. The song is about looking for love…frayed wires and loose connections…getting older and trying to stay open and present…the thin line between vulnerability and desperation. We wanted the video to explore these ideas and to do so with levity.”

I can’t help but think of if the KISS song “Shout it out loud” and Van Halen’s “Jump” had a softer love child, it would be “Friend of a Friend.” That may be a weird thing to say, but give it a few listens and you’ll hear it. Or maybe you won’t, feel free to comment if you disagree. Either way, this song is a jam.

The third track is their most recent single, “Bad Dream” which came out just over a month ago. The song gives off some serious 80s soft rock vibes. According to the band, the song is about:

“seeking comfort and pleasure in sadness. The familiar warmth of our obsessions. Momentarily inviting your depression to creep into your consciousness for a quick visit, and then getting frustrated when it overstays its welcome and eats all your leftovers. Going against your better judgement and picking at a scab instead of letting it heal. Not being able to turn your brain off at night, letting memories distort and consume you.”

I find the sentiments behind this song so relatable, and much like the thoughts we allow to overstay their welcome, this song sucks you in and just won’t let you go. 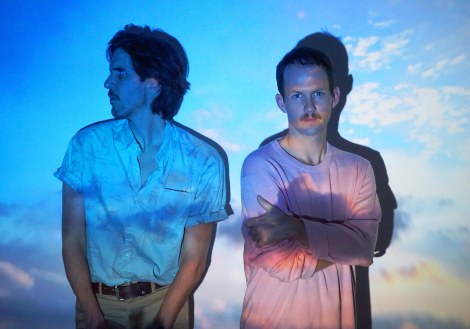 “Stay” has a bit of a boy band feel to it, if boy bands had been more of a thing in the 80s, especially in the chorus. We get a small taste of how high Nick’s range can go in “Friend of a Friend” but this song really puts it front and center, and it’s really impressive. I used to sing a lot when I was growing up, and I can tell you I was only able to hit those notes and hold them as long as he does going into the chorus before I hit puberty.

“There’s a bridge over the Don River in Toronto and written above it is the phrase: “This river I step in is not the river I stand in”. You could drive over it a thousand times and miss it. But it’s a really beautiful thing…a subtle reminder that no matter how hard we try to resist it, nothing is permanent, everything is in flux.”

The above is what the band had to say about “Steady On,” their second single, which starts with about fifteen seconds of the song played backwards. This song leans a little more towards the ambient side of things and tied more musically to “Hall of Horrors” than most of the album. 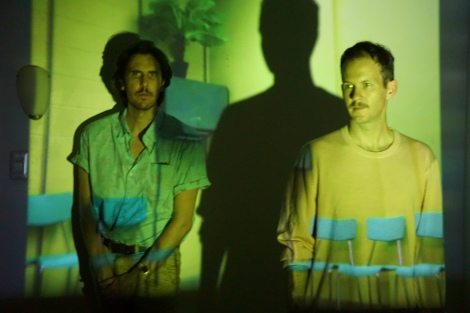 The first half of the album is great, and I really do mean that, but the last four songs are where the real gems are; starting with “Only You”, which is probably my favourite song on the album. It’s such a chill romantic jam.

The gist is the narrator/singer/songwriter/Nick and Dan have started thinking less in general, because it’s not good for them, but they think of “you,” they’ve started drinking less, because it’s also bad for them, but they’ll drink with “you” and then break for a flute solo, yes, a freaking flute solo, and it’s the best. The last two verse are about caring, and loving less, but guess what, that’s right, Teen Ravine loves YOU. How much do they love you? Enough to end with some saxophone and briefly bring back some flute, before finally finishing with some solo sax. Can you say, eargasm?

The next song, “Above Average” is reminiscent of 80s/Post Pet Sounds Beach Boys songs which you can hear in the backing vocals. The lyrics are silly on the theme of two arms being above the average number, and therefore making someone with two arms special,  The song is musically appealing in the same easy listening vibe we get through the rest of the album, but they take a step away from the serious themes, to have a little fun.

“Permanent Honeymoon” is a love song about leaving the world behind and going on a honeymoon that never ends, skipping out on the stresses and officialness of a wedding ceremony and going straight to the fun stuff! Either way, the idea is neat, but more or less unattainable because honeymoons aren’t meant to last forever.

The last song on the album, “This One Time,” seems like a slight nod to the Tragically Hip song “Blow at High Dough.” The chorus, “they shot a movie once in my home town/and everyone was freaking out/they shot a movie in my little town/this one time, this one time” seems to be a reference to the opening line of the Hip song. Musically, it sounds almost like it could be a mix between Bahamas on guitar and Father John Misty’s lyricism. This song caps off an absolutely beautiful and mellow album that hits all the right feelings at all the right moments.

Stream the album from their website by clicking the album art below. 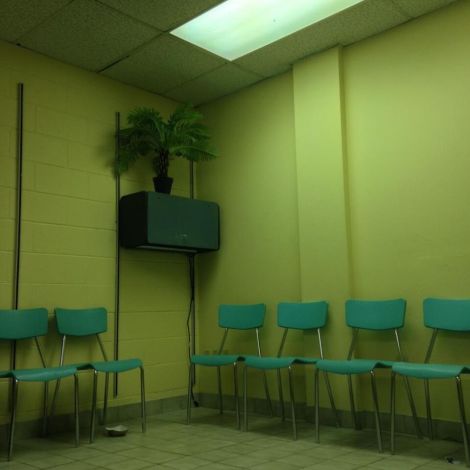