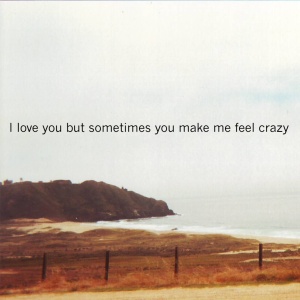 So. I spent a portion of my weekend watching The Outs, this wonderful 7 episode web series about ‘the aftermath of an ugly breakup in Brooklyn’.  It’s been described as the HBO show Girls but for gays and although that’s accurate in the kind of story the series is telling, the show is so much more. For one, the Outs is far more merciful on its characters, and fleshes them out so clearly and painfully that it’s much easier to forgive them when they do awful things, resulting in characters that you don’t have to hate. For another, the show has a much better sense of humor about the whole ‘millennials living in NYC’ trope and although the series does sometimes overstep the hipster line, the writing and the talented cast (Hunter Canning, holy shit) more than makes up for it. I wholeheartedly recommend you guys check it out if you have some time but this is still The Indie Blender and I’m going to talk to you about some MUSIC.

As the show is set in New York and an independent production, the series is gorgeously soundtracked by many lovely indie bands from the area. One of the tracks that really caught my ears came from a singer songwriter from New York by the name Chris Rubeo. Like the show, Chris Rubeo makes music that is tender, lush, and sincere. Part Sufjan Stevens, part Rocky Votolato, Chris Rubeo sings delicately but with deliberation. His music lives in the cozy valley between electronica and folk, and the intimacy of his voice makes you feel like you are peering into love letters or journal entries, a snapshot of an honest moment between people. Though in all fairness, I might be a little biased as his newest song on his bandcamp page has the most accurate title of how I feel about most everybody I care about.

This cover of Lover’s Spit closes out episode two in one of my favourite scenes in the series. Now covering Broken Social Scene is not an easy task but this cover knocks it out of the park, I almost like it better than the original. His voice takes his sweet time with the words, which is so respectful to the poetics of the lyrics. He does the same treatment with this cover of Seven Nation Army which you guys have to actually check out because it’s such a departure from the original. His styling and arrangement of these covers really show off his distinct tone, which by the way is perfect for headphones. So plug your earbuds in, find a forest to roam, or take a walk in the rain, Chris Rubeo makes great company .

Check out his EP Ships of Stick and Swine here  and if you like it, please consider supporting his music! And seriously, go check out this show.