September is coming to a close, and to me that means only one thing…POP Montreal is here! 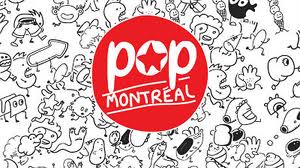 I myself will be making the pilgrimage from Ottawa to Montreal for the shenanigans, and trust me there will definitely be some shenanigans. For those of you unfamiliar with the festival that somehow manages to fly a bit under the radar every year, here’s a bit of info. The festival starts tonight and runs through to Sunday. Many small venues around the city host a number of local and indie artists each night. A venue might feature up to four or five different small name bands, so the festival functions as a showcase for lesser known talent, with a particular focus on Montreal musicians. With dirt cheap shows every night, POP Montreal is a perfect opportunity for people to discover a few bands that they would never have been exposed to otherwise. So here’s my suggestion: even if the lineup might not catch your eye, go check out some stuff you’ve never heard of before, odds are you will be pleasantly surprised.

So with that in mind, allow me to give you a heads up on a few of my picks for this weekend. First off there’s Patrick Watson, one of my favourite Montreal names, is playing in several different incarnations on Wednesday, Thursday, and Sunday nights. On Thursday we’ve got master of ambience Cabaal, who will be delivering his trance-like vibes at L’Escogriffe. Friday night I’ll be checking out throwback folk man Leif Vollebekk at the Ukrainian Federation: Salle St. Ambroise. Saturday will throw me at the mercy of pop-punk sensations The This Many Boyfriends Club (more on this later) at Cagibi. I’ll wrap things up on Sunday with Spencer Krug’s latest manifestation known as Moonface. With Moonface I really have no idea what to expect. He put out an EP featuring only voice and marimba and marimba-like percussion instruments, his last album was a reverb-soaked indie rock opus featuring Siinai, and he will soon be releasing an album with only voice and piano (October 29th). And therein lies the glory of POP Montreal. There is so much diversity in the festival, even within one venue on a given night, that you can find almost anything you’re looking for.

POP Montreal always manages to bring in a few bands with a bit of a reputation, and this year is no exception. I am quite bummed that I will be missing Plants and Animals on Thursday. I caught Plants and Animals last year and they put on one hell of a show. Jams galore. On a slightly unrelated note, I absolutely love it when a band that I’m a fan of has an album that I never really gave a chance, and when I revisit the thing it turns out to be another genius record. Last fall it happened with Wilco’s Summerteeth, this fall it’s Plants and Animals’ La La Land. The thing is brilliant. And with that I will bring the rambling nature of this post to a close. Make sure to hit POP Montreal this weekend!

One response to “An Ode to POP Montreal”