Buckle up, audiophiles, we have a long ways to Wander this week. This Wandering takes me from the frozen North of 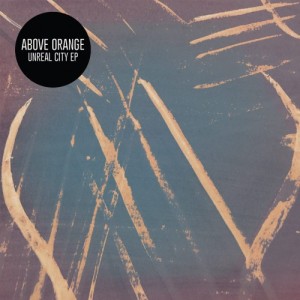 Canada to the frozen North of Sweden, where a brand new group known as Above Orange is preparing themselves for the release of their debut EP. In this case, Arvid Oberg, the frontman and primary songwriter of Above Orange, has taken his own experiences from a few months spent in Montreal back to his Scandinavian homeland. The product of the writing he did in Canada has come together to form the band’s grand entrance into the music world, under the name Unreal City. The EP will officially be released tomorrow, so let’s kick this off with a teaser.

Not surprisingly, Above Orange shows the imprints of a few Canadian bands. Oberg’s voice reminds me of a mix of Win Butler, Tim Baker, Neil Young, and Marcus Mumford (most definitely not Canadian). With that amalgamation in mind, I found that the EP as a whole sounded like a combination of Arcade Fire, Hey Rosetta!, Mumford & Sons, and just a pinch of Neil Young. What we end up with is a band that likes their big, powerful chords, a longing style of singing, some intricate yet simple guitar lines, and drama from front to back. Above Orange manages to deliver a lush sound while creating lots of space to meander about. I will only let you patient people indulge in one track from the EP before it is released. Without further ado, I would like to introduce you to Above Orange with their first single, “Better Days”.

While Unreal City is definitely a great start for Above Orange, a debut is a debut, so the band has a lot of room to grow. Here are a few things that I hope to hear as I follow this band’s young career. First off, in a full album I would like to see a little more diversity between tracks. Every song on Unreal City is well worth listening to, but they do have a very similar vibe from song to song. On the other hand, this means that if you liked “Better Days”, I can more or less guarantee you will enjoy the entire EP. I would also love to hear Above Orange explore the instrumental side of their songs a little more. Unreal City is very much vocally centred, which is not a bad thing at all, but I think these guys could get some really fantastic instrumental builds going through their music. That being said, this EP is not without its fair share of crescendos.

Debut EPs are always an interesting thing to hear, because every listener knows that this is merely a starting point. I am sure that Above Orange will still be defining and refining their sound for years to come, and Unreal City shows a delightful amount of promise. Here’s to hoping I get to catch Arvid Oberg and Co. on a Canadian tour in the not-so-distant future! Make sure to check out their website tomorrow for the official release,