I’d like to start with an apology. It may seem like I’ve been MIA for a while. I haven’t written, but I’ve been behind the scenes, making sure the blades in the Blender keep slicing (see what I did there?), and trying to plan some cool things to help us grow as a blog. I’ve also been finishing up my final year of school, probably forever. So there’s that too. Don’t congratulate me all at once though. I had intended to have this piece published months ago, and for that I am truly sorry. Not because anyone gave me a deadline that I didn’t meet, but because for those that have not discovered this amazing band yet, I have kept you away. For those of you that already know about Lucius, please do read this piece and feel free to chime in, in the comments section with your opinions.

This is the first of two summer-y albums that are long overdo.

I first heard about Lucius last year when I sent a friend of mine to see one of my favourite bands of late, Milo Greene. She came back raving about my choice, of course, but said she had discovered a new band I had to check out. Unfortunately, when I went to see Milo Greene, myself. Lucius wasn’t opening any more. Which is a pity because I may have hopped on the train sooner if they had. 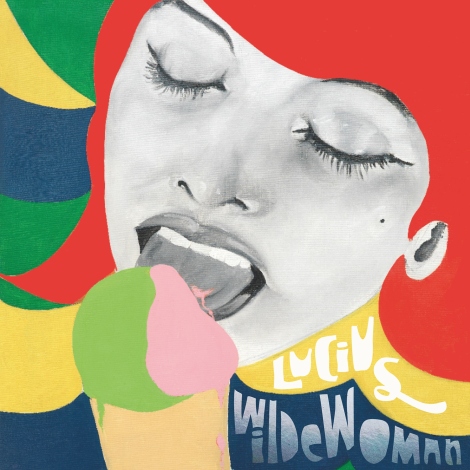 Before you continue, please click the above picture, which will take you to an album stream, hit play, and then please keep reading.

When Wildewoman crossed my desk in October, I knew I had to give it a listen. Halfway through the first track, which happened to be the title track, I knew that I would listen to it half-a-dozen times before the day was out. There’s just something about the way the song starts, the simplicity of the rhythm, and the harmonies, which builds in a way that leaves you begging for more, and boy, do they ever give you more.

The next song, “Turn It Around,” the current single, has attitude, which if “Wildewoman” was the bait that draws you in, then “Turn It Around” is the hook attached to the bait that leaves you paralyzed, which is when “Go Home” starts. It’s just such a beautiful and soulful song. The routine/metaphor finishes with “Hey, Doreen” which is the break free and dance song. What’s really interesting, is that each of these songs individually follow this pattern of bait, hook, paralysis by beauty and soul, and then break free and dance. I really find the dual lead vocalists, Jess Wolfe and Holly Laessig, interesting. They don’t take turns singing verses, they sing all the songs together in harmony and it’s awesome! They’re complimented of course by the harmony of backing vocals from the three male members of the band.  Their dance moves, and look, or maybe style’s a better word, almost feels like a throwback to the 60s.

They’re also a band without a traditional drummer, but that doesn’t mean they lack percussion. In fact, quite the opposite. Everyone plays some sort of percussion, a new trend I’ve started to notice, but more on that another time.

The album came out in October, but for me it screams summer. Especially on a cold, windy, rainy day like today, it makes you want to pull the blinds up, let the sunshine flow into an empty house, and then open the windows and dance around. Or, go on a road trip, in a convertible with the top down and have the warm summer breeze blow past your face and through your hair. Okay, enough with the clichés.

Here’s a song that I fell in love with that doesn’t appear on their album. It’s called Genevieve.

Whether you catch them this summer at an outdoor music festival, indoors (they will be supporting Tegan and Sara throughout the month of May and The Head and the Heart in late May and early June), or you just go out and get a hold of their album, you definitely want to hop on the Lucius train, and do it now.

Here’s a full set they did in Seattle at the radio station KEXP. Hopefully it entices you to go see them.