Happy Thursday everyone! Today we have yet another follow up post from the extremely entertaining “Dick Jokes With We Are Scientists” written back in July 2013. Four years after the release of Barbara, this rock trio stays true to their indie roots by switching record labels yet again, this time to London-based 100% Records. Now on to what you all came here for, some new tunes from their “expensive new album”. 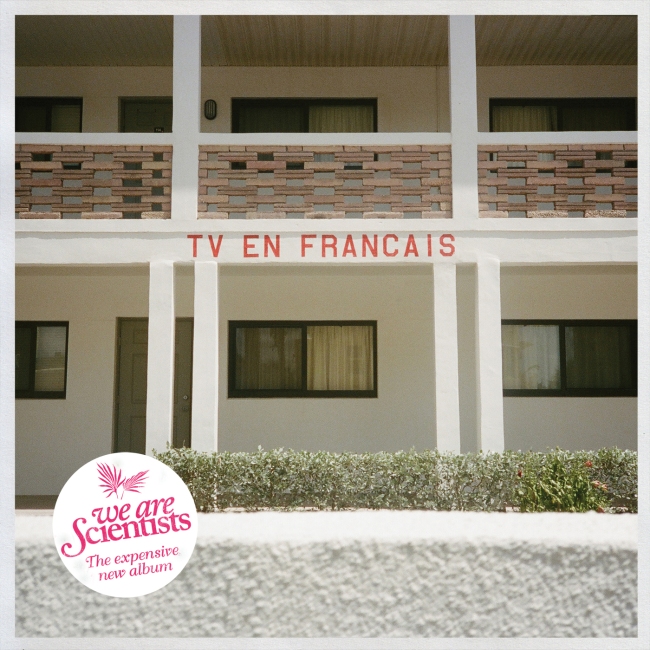 Kicking it off with a steady drumbeat, a catchy chorus, as well as the noticeably evolving verses, “Don’t Blow It” easily claims the title of my favourite song this week. Mixing up genres, the first verse begins with a reggae-style guitar and bass, with the clear rock drum-fill into the chorus. The second verse continues the rock-style with the single-picked guitar notes, while the drums picks up a slight Latin-vibe on the first and third beat. Not to mention Keith’s amusing vocal tone throughout.

Following up with a Human Invasion, “Make It Easy” delivers a ridiculous video with a…surprising ending. Watch as the story unfolds while the heavy-drums set the mood for an epic battle.

Well, clearly Keith has no issues with being an intergalactic couple; maybe he’d be a great addition to the soon-to-be Mars inhabitants! Lastly, I’ll leave you all with a live harmonic acoustic version of “Dumb Luck”.

Thanks for stopping by, have a great evening!