Timmins, for those who don’t know, is a city in Northern Ontario. It’s a bit of a grimy place sometimes, where the stereotypical Canadian (“Go for a rip there bud?”) is in true form. It has a population of close to 50 thousand, the Pita Pit doesn’t take gift cards, and the best music venue has no built in stage and holds about 200 people (and the bartender doesn’t know what Somersby Cider is).

You either hate it or you love it. So based on that description…Imagine how shocked the City was when Gainsville Flordia Punk/Ska outfit Less Than Jake, announced they were playing that bar with no stage AND were bringing along The Interrupters and Big D And The Kids Table. 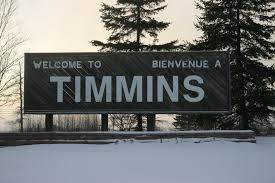 The City was stoked. The Show sold out in a day and a half.

The Show was unreal. The Interrupters kicked off the Ska and Reggae feel, and were joined on stage by Big D’s lead singer Dave for an AMAZING cover of Operation Ivy’s “Sound System”.

*This video was from Vancouver…but the sound quality was better than mine. Your welcome*

The Interrupters are solid. I highly suggest checking them out. Hit up their twitter here

Up next was Boston’s Big D and The Kids Table. Here’s the thing; Remember how I mentioned that the bartender didn’t even know what a Somersby was? Weeelll…like most people, I decided to grab a beer during the set change. I spent the whole 20 minute intermission in line, and the entire Big D set waiting for my fucking beer. I missed the whole fucking thing. Fuck you, bartender. What a buzzkill. What I heard from the bar sounded great though, so keep up to date with Big D on their twitter.

Up next, finally, was Less Than Jake. The crowd was so stoked, they we’re moshing to the guitar tech. It was beautiful. I had a chance to talk with Lead Singer & Guitarist Chris Demakes before the show. Check out the interview below:

Through talking with Chris the subject that still sticks out in my mind is why they would do a show in Timmins. He goes on to tell me that ya, they’ve toured with the “big wig” Pop Punk acts of the 90’s and 2000..but what seperates those bands from Less Than Jake is that to LTJ, a show is a show. A lot of bands have egos that get in the way of  them playing shows of 300 people. But to Less Than Jake, it’s either take a day off, OR get a chance to play to 300 people who might not have ever seen you otherwise. They’re happy to go from a crowd of 300 this week, to a crowd of 60 thousand the next. Mega cool attitude for for a band as well known as them.

Crappy camera and crappy lighting..but meh, what can ya do
The Show was, well, a Less Than Jake show. They have a couple dates left in Canada (Ottawa, London) and if you can make it…DO IT. After 20 years they have a lot of music to go through, and their set list showed it, but it flowed seamlessly. Oh also, they told us there’s a new Pac Man cereal coming out..and they got the rights to the theme song. Hilarious.
I never thought I would be in a mosh pit to a Kids Cereal Theme Song…But Less Than Jake made it happen

The band also brought back something you don’t hear a lot of bands do as much. GOOD BANTER. These guys really do the research of the towns they’re playing, cracking jokes only the locals would get. It was refereshing, and kept the crowd entertained. They invited listeners to go up on stage for a beer chugging competition, had the hot girls up on stage to sing with them, it was a hell of a show for such a small venue. They came to have a good time just as much as the fans did.