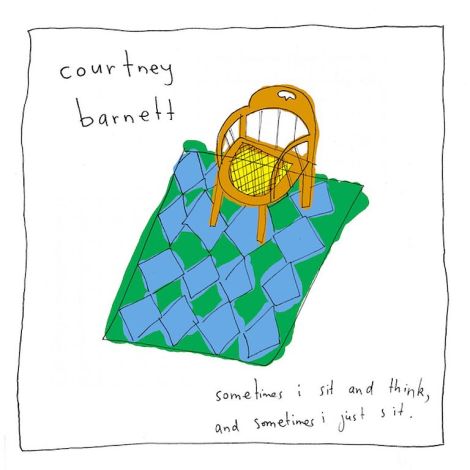 Australian indie-rock queen Courtney Barnett blew everyone away with her two EPs I’ve Got a Friend called Emily Ferris and How to Carve a Carrot into a Rose in 2012 and 2013, along with the reissue of them as The Double EP: A Sea of Split Peas. Now Barnett has topped even herself with her phenomenal debut LP Sometimes I Sit And Think, And Sometimes I Just Sit.

Courtney has not veered away from her unique lyrics, which makes everyday life feel that much less mundane, especially through her straightforward delivery. The first two singles from the album show the extremes of Barnett’s range, with the heavy rock “Pedestrian At Best” and the slower folk ballad “DePreston”.

The album starts with an upbeat song called “Elevator Operator”, which accounts a choice everyone hopes to do: not go to work and do anything with your day. Oliver Paul, the protagonist, heads to a building and explains to a woman:

He said “I think you’re projecting the way that you’re feeling. I’m not suicidal, just idling insignificantly, I come up here for perception and clarity. I like to imagine I’m playing SimCity, All the people look like ants from up here And the wind’s the only traffic you can hear”
He said “All I ever wanted to be Was an elevator operator, can you help me please?” 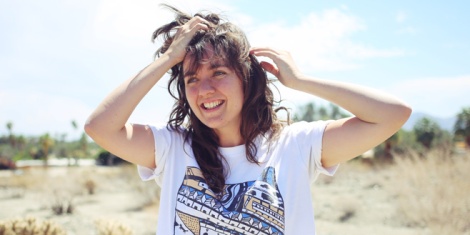 Different topics touched on by Courtney are falling for someone in the lane beside you while swimming at the local pool (“Aqua Profunda!”), driving around thinking about roadkill and the price of food (“Dead Fox”) and the condition of the Great Barrier Reef and how we view ourselves (“Kim’s Caravan”).

The instrumentation throughout the album is similar to The Double EP, with Courtney rocking the electric guitar while she is accompanied expertly with bass, drums and some back-up vocals.

One of the best albums by far this year, Courtney Barnett has made her mark on the international music scene. Make sure to check out her tour dates and merch on her website http://courtneybarnett.com.au/

One response to “Give me all your money, and I’ll make some origami honey: Courtney Barnett brings her dead-pan rock back with debut record”