If it was at all possible for North-By-North-East to get better, it did with a truckload of awesome shows for music fans of all genres.  For myself, I was able to witness some fantastic sets from some of today’s best artists and up and coming stars. 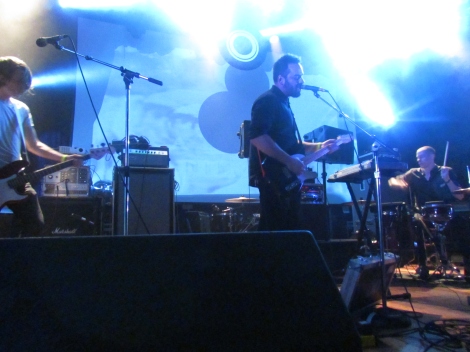 Kicking off the night at the Opera House was Odonis Odonis, an industrial noise rock trio from Toronto.  They had a really strong set, with great guitar and bass riffs, growling vocals and killer beats, both from drums and beat machines that the drummer controlled.  It verged into a bit of electonic territory with the lead singer’s synth, but they kept true to the heavy rock that everyone was there to see. 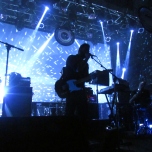 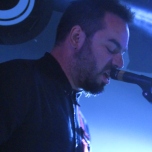 A Place To Bury Strangers 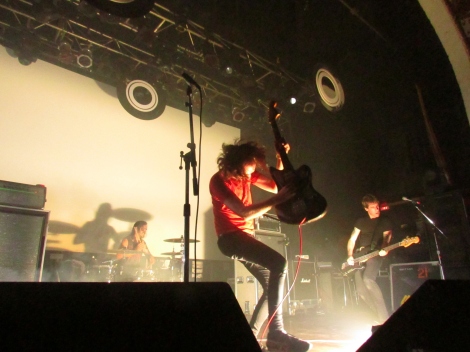 A Place To Bury Strangers

To be honest, the only thing I knew about APTBS was that they did a blend of shoegaze, noise rock and space rock, blended into a wall of sound.  Makes sense why at the merch table, they were selling earplugs from the band.  Didnt need them, but gives the fans a warning if they werent ready.  Boy, did that wall of sound hit the crowd right away.

With wailing guitars, bass riffs that pushed each song forward and insane drumming, pieced with minimalist lighting, projections and strobes during the intense jams, A Place To Bury Strangers easily have become one of my favourite live acts I have ever seen. Period. Then, to take it to the next level, frontman Oliver Ackermann and Dion Lunadon threw their guitar and bass around, bashing and shredding the strings with strobe lights they dragged up and down the necks.  The band ended with a close to ten minute long song which they played in the crowd, right in front of the lighting booth, with lazers there and on stage, illuminating the entire Opera House.  Definitely an act to see, even if you don`t appreciate the music before, you will after seeing A Place To Bury Strangers. 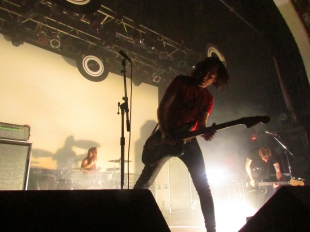 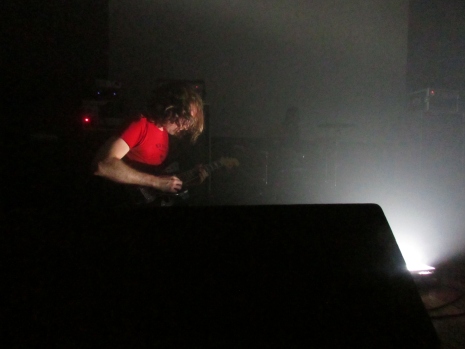 Wasnt sure how Iceage was going to top APTBS, but they did.  Accompanied by deafening sheers, the Danish punk band brought their post-hardcore to the Opera House and rocked it hard.  Elias mumbled, roared and sang tracks from their three studio releases, while stumbling around the stage, almost falling into the crowd many times and swigging a bottle of red wine, which he shared with his bandmates.  He has a presence similar to a young Nick Cave and its obvious through their performance and Elias’ on-stage antics that Joy Division and Ian curtis are big influences on their music.  Throughout many songs, verses and choruses sped up or slowed down, keeping new listeners, like myself, on their toes. 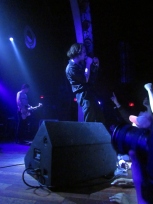 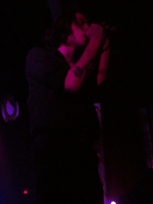 Overall, this was probably one of the best shows I have seen.  The bands were great, overall atmosphere was perfect and the Opera House is one of the best venues in the city.  Keep an eye for whenever these acts are performing the rest of this week or in the future.