Personal friend of G-Eazy, Skizzy Mars is getting ready to take over the world with his upcoming album Alone Together. The rapper using more electronic sounding beats with his laid back flow is making waves in the hip hop game. He is bringing a breath of fresh air and giving us more than just the trap music rap has been flooded with.

The Brampton rapper made huge moves this year as he dropped his debut mixtape 905. He has consistently put out banger after banger letting us know he is defiantly not a one hit wonder. You can hear the progression in his music and with every song his buzz grows even bigger.

Super Duper KYLE finally came to Canada this year and headlined his own incredible show at Tattoo. His 2014 was hella quiet compared to the year he had in 2015. KYLE went on his own headlining tour, featured on a track with Big Sean for Chance The Rapper’s Surf and released his album Smyle. 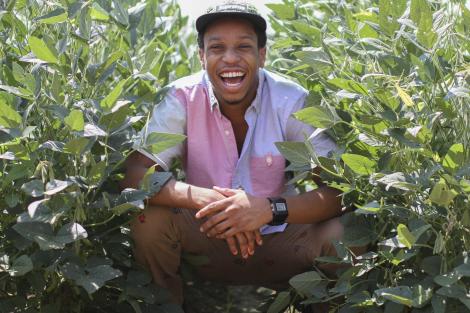 The New Orleans rapper has been busy carving out his own path in the music world. His song with G-Eazy is probably one of my favourite songs that came out in 2015. Pell been working hard as he released his debut album Limbo in November and is going on his own headlining tour in February.

Pryde is on the brink of blowing up, he’s pushed harder in 2015 than ever before.  In one year he put out two mixtapes Plan A (probably one of my favourite mixtapes of all time) and Richvale Summer. He also went on his own headlining tour in the summer after all that he’s still busy grinding hard. Pryde is currently working on his upcoming album Russell all the while dropping banger after banger for his fans to enjoy! 2016 is going to be Pryde’s year.