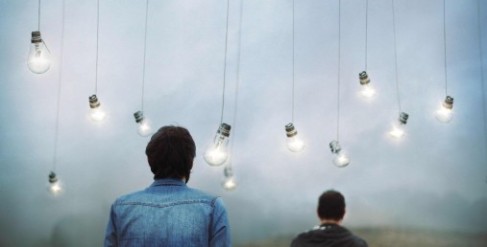 Joyous Thursday music lovers! Today we have a Leeds, U.K. band which is self-described as similar to Neil Young, Fleetwood Mac, and Fleet Foxes. I can definitely hear the resemblance to Neil Young as David Fendick sings in a range I could only dream of hitting. Combine this with resonant acoustics, violin, and the soft piano brings this music together for a beautiful mid-day weekend album. So have a listen below and see Fossil Collective play live at Green Man Session.

Being a huge fan of ambient music, I enjoy any song that can make me forget about the many due dates I seem to have around the Holiday Season. Now I know the 4th song “Wolves” isn’t actually the genre of ambient music, nevertheless it allows me to focus on the instrumentals and everything else seems to melt away.

Normally I would leave you with only two songs, but I just have to keep talking about this album. So next we have the addition of brass instruments to a superbly melodic guitar solo in the song “Brothers”. This song syncs very well into “Monument”, another beautifully written acoustic guitar song which also displays the lead singer’s high-pitch vocal control. “Monument” is one of the slower songs on the album, with a fantastic build. Make sure to check it out.

Thanks for stopping by! Make sure to listen to the whole album as it’s a great piece of art, stepping outside of the classic rock instruments. If you like this album then be sure to check out The Moondoggies as well!