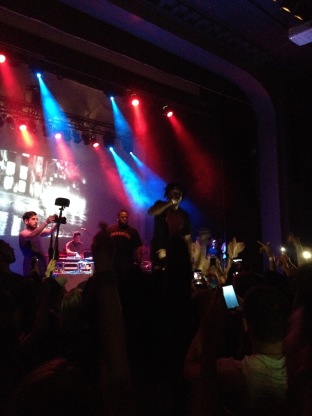 You know when you’re having way to much fun you don’t want the good times to end? Well that’s exactly what I was feeling on Saturday June 20th. NXNE was in full swing and almost everyone I knew was heading to the Danforth. Jazz Cartier and Rae Sremmurd were going to rock the city in one big hurrah! And it was cool because people weren’t just talking about Rae Sremmurd there was also a huge buzz about Jazz Cartier. He’s really gaining steam in Toronto it’s like every hip hop fan in the city knows who he is. It’s really only a matter of time before he blows up into rap stardom. 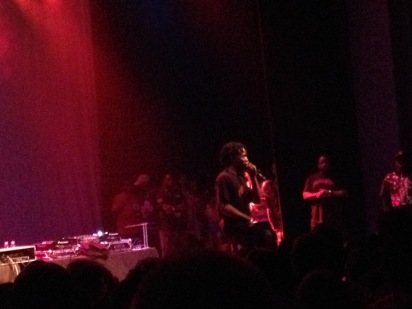 And seeing him live that Saturday night I now truly know why. I actually missed seeing him play twice before during Canadian Music Week. First I missed him play at the Garrison as I had to leave to catch another act across town. And I missed seeing him live the second time when I arrived to the Joey Bada$$ show late. So I had been waiting to see him live for months now. His songs “Switch” and “Dead Or Alive” have been on replay every time I’m out with my friends. And boy he did not disappoint! Jazz comes out to an eruption of cheering and chanting! The crowd went from 0 to 100 real quick when he hit the stage. His stage presence was incredible as he captured the crowd in a trance. A screen played popular scenes from movies behind him as he raged on stage. 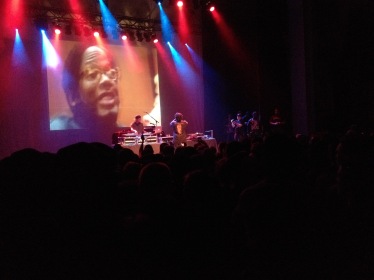 The screen paired perfectly as it did not distract from his performance but added to it. It helped bring the stories he was trying to tell to life. Honestly that was one of the best performances I’ve seen in a long time. During one song he had four guys from the crowd up on stage to all jump into the crowd once the beat drops. The show was insane, my friends and I jammed out so hard when he played songs like “Switch”, “Down Town”

and “Dead Or Alive”. He made it feel like it was his show and not Rae Sremmurd’s. After his set I was left speechless trying to process what I just witnessed. After grabbing water to re hydrate I head back inside as we all patiently wait for Rae Sremmurd to take the stage. Rae Sremmurd emerges on stage picking up where Jazz left off. 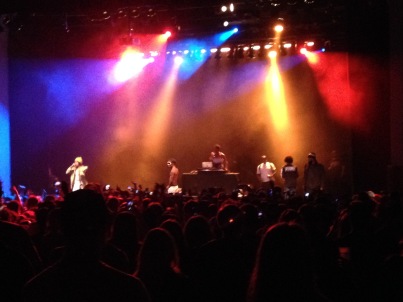 Getting people screaming things like “NO FLEX ZONE”! There was a lot of jumping, flicking of wrists, dancing and screaming during their set. Even though they are still fairly new to the scene they commanded the stage like they’ve been doing this for decades. Overall this was a great way to cap off NXNE 2015. Walking out of the Danforth I couldn’t help but think about Jazz Cartier’s mind blowing set. Mark my words he’s going to be a massive star.

One response to “The Day Jazz Cartier and Rae Sremmurd took over NXNE! Concert Review.”