This past weekend was the inaugural WayHome Music & Arts Festival in Oro-Medonte, Ontario. 75 bands played over the course of three days. It was hot, the cellphone service was minimal, and, from what I could tell, most people had the best time ever. I saw at least part of 22 different acts, and most of them were amazing. I’ve narrowed down that list to my top 10 of the festival. So without further adieu, here they are:

I first saw Lost Cousins about a year ago, they were playing the Horseshoe and they were friends of a friend of mine who recommended I check them out. I was impressed but they still felt like a young band. A lot has changed for them in the last year. They not only made it to CBC’s Searchlight national top 10, but they kicked off the final day of WayHome on the WayBold stage. The band has definitely improved in the year since I’ve seen them, they’re tight, high energy and put on a hell of a show. I was surprised how many people there were at the WayBold stage to see them. They even got called out for an encore. This band is going places and I can’t wait to see what’s next.

The only thing that bummed me out about this set was that it was the only one I didn’t manage to get a photo of. I blame the rain. I’ve watched RAA grow over the last few years. ever since I heard them on Sirius XM – The Verge, and then saw them when they opened for Dan Mangan. It took me a while to appreciate singer Nils’ voice, but my love for this band tenfold. They played a good mix of songs from their last two albums, and even played some off the first one. The band has proved it pretty much fits everywhere with everyone. I’ve seen them at Massey Hall opening for Great Lake Swimmers and playing to an older crowd, and I’ve seen them playing a with Dan Mangan in a packed and sweaty venue, and now I’ve seen them play in the middle of day 2 on the second biggest stage at WayHome. If you ever get a chance, go see this band, it’s musicianship at its finest. 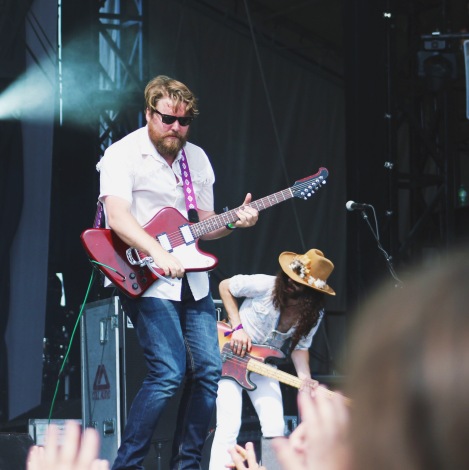 We’ve been waiting on new stuff from the Sheepdogs for a while now, and with the departure of their guitar player last year, you never know if it’s going to be okay or not. But sure enough it sounded like the boys from Saskatchewan haven’t missed a beat, they played all the old songs we loved and some new ones to wet our appetites. They even threw in a cover of a Neil Young song that we were all disappointed Neil himself didn’t do.

I should have ended WayHome with Yukon Blonde, instead of going to catch a half hour of Sam Smith after. Not that Sam was bad, but Yukon Blonde was so good that it should have been the last thing I saw. Before the release of their most recent album On Blonde, I was a little worried about whether I would still like them, but as soon as they played their first note, that worry completely disappeared. Even a broken string on left handed James Younger’s bass couldn’t stop them from having the best time ever!

Courtney Barnett was a surprise for me. I was super disappointed because I had been planning to see Tobias Jesso Jr. who had just been put on the Polaris Prize short list. But Courtney seemed like a good alternative, everyone I know is crazy about her, and I like her music. But I wasn’t expecting how awesome her live performance was going to be. She really rocked! When she wasn’t rocking, she grooved and it was just a really fun performance to see. Also important to note, she didn’t use a pick, and she played so hard she bled all over her guitar. Respect!

I’ve seen Alt-J a few times now. I loved their first album, but I wasn’t crazy about their second. The first time I saw them was at Osheaga in 2013. In 2014 I saw part of their set at the Kool Haus and then most recently at WayHome. I’ve come to the conclusion that they’re a festival band. It’s something about the atmosphere of a festival that just makes Alt-J’s performance that much more powerful. I do not regret skipping the first 30 minutes of Neil Young’s set to stay and catch the last 30 of Alt-J, and much like with Yukon Blonde, I should have ended Day 1 after this set. It was magical. 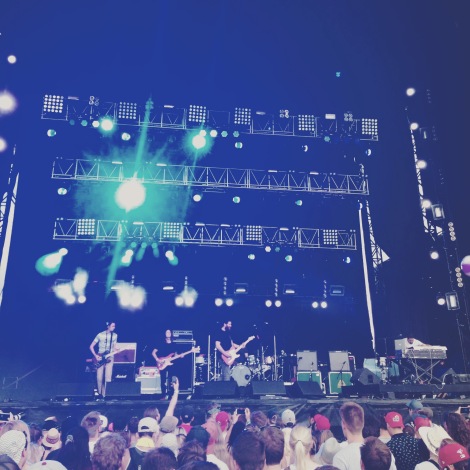 Manchester Orchestra was probably the closest I got to a band on the main stage. I went by myself, and was only a few rows back. I’ve seen them a few times now and this was by far their best performance. It also helped that the clouds ominously started to roll in during this set and the skies opened up at just the right point. Everything about the weather and their music meshed perfectly. 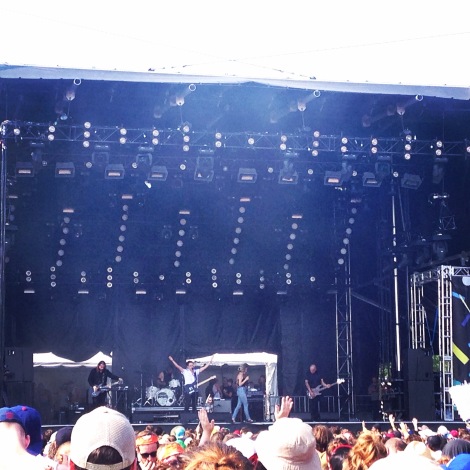 July Talk sets are always unique and always full of shenanigans. This set was no different. Leah, always a force, was climbing the side rigs, singing in the crowd, drinking a glass of “period blood” which I assume was wine, pulling four dudes on stage including a member of security for a male wet t-shirt contest before encouraging them to kiss Peter on the lips. They always have the best time, and it helps the audience have the best time too. The new songs they played sounded exceptional, and I simply cannot wait for the new album.

King Kendrick Lamar is a consummate performer. That by itself would have made his set one of the best at WayHome, but add in his amazing flow, his brilliant lyricism and the fact that he played with a live band, and he just blew everyone away. For someone who isn’t crazy about rap music, which isn’t to say I don’t like it from time to time, for this to be one of my favourite sets, says something huge.

It’s not fun when you find out a band has canceled last minute, and there’s always a chance that if you promise to replace them with a surprise guest, people will be disappointed. I wasn’t overly excited for Passion Pit, and so I enjoyed trying to figure out who was in town recently, or on tour who might replace them. But the one band that I didn’t think of was Broken Social Scene. They haven’t really been a band with the exception of playing at Field Trip, which they didn’t even do this year. But seconds before Modest Mouse took their place on the main stage, when it was announced Broken Social Scene was the surprise guest, it made perfect sense. It was also no surprise that even though they had only gotten the call at 3:30 the day before, they were tight, prepared, and had the most amazing set ever. They showed us why they’re one of the greatest super groups in Canadian indie rock history. They rocked out, they had an amazing light show, and when you didn’t think it could get any better, they had fireworks. Whether intentional or not, it took away from Kendrick’s fireworks display at the end of his set because BSS had already done it. They were both the band we needed and the band we deserved.