Toronto 4-piece Bloody Diamonds released their EP Tough Love in June. They’re on a Canadian tour right now heading west during the month of October before eventually coming back east to wrap up their tour in Toronto on the 21st. To support their recently released EP, the band was filmed playing all five songs live off the floor at Manantler Craft Brewing Co. in Bowmanville, ON. 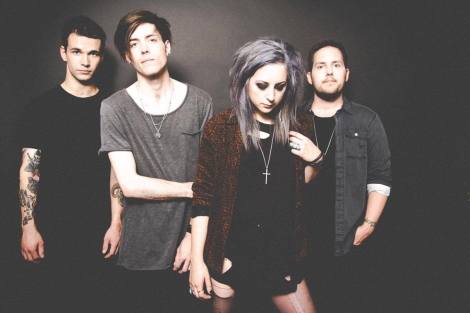 For the next five weeks we’ll be bringing you a performance of each track off that EP, along with a few words about the track provided by the band.

Let’s kick it off with the title track, “Tough Love”

Tough Love was the last song we wrote for the record. It’s a good jam, people have been singing along to the chorus of this song a lot so far on tour. That’s always a wicked thing to see at shows.

Definitely easy to see why people would sing along to that chorus. Along with easy to remember lyrics, the crashing cymbals and a repetitive but incredibly dirty guitar riff really hammer the song into your brain

Watching live videos of a band is always a great way to prepare before seeing that band in the flesh, and the Tough Love Live Sessions, are a great way to do that! Tune in next week for another live video from Bloody Diamond and catch them on tour: